6. The World of Dreams

Menopause will affect almost every woman in their life time. Though in recent years menopause has been type cast into the category of a terrible illness that the medical profession has to cure, it is a normal and natural process. Although every woman is different and there are of course some severe cases in which there should be medical intervention, many women are able to deal effectively with menopause by making some lifestyle changes.

Menopause is technically when a women experiences her last period. At this time she will have released all eggs and is no longer able to become pregnant. However as this happens, the estrogen and progesterone decline and most women will experience symptoms during this process.

Generally the effects of lower estrogen levels become evident at age 45. Though of course there are individuals who can experience this as early as age 35 or as late as age 60. There are also cases in which hysterectomies or radiation treatment has prompted an early menopause. Sometimes it can take up to 5 years for the estrogen levels to drop in a women's body.

There are considered 3 major stages to menopause. The first stage is known as peri-menopause and is the first prelude to menopause as periods will become irregular and there will be changes to the monthly flow. The most typical symptoms during this stage are hot flashes night sweats and irritability. This stage often lasts 2- 5 years in most women.

The second stage of menopause is when periods have stopped. For many women, this is around the age of 50 or 51. In order for it to be true menopause, periods must be absent for at least 12 consecutive months. Symptoms during this stage will often include hot flashes, headaches and mood swings.

In the third stage of menopause -post menopause, symptoms will begin to decrease and there are no longer hot flashes and night sweats.

Hot Flashes and Night Sweats: This is the sensation of heat moving up from your waist, chest, neck and face. It may also cause feelings of nausea, suffocation or even dizziness. This is quickly followed by sweating and then  chills as your body tried to cool too rapidly.

If the number of transition years from perimenopause to menopause is quick this can intensify the number and extent of the hot flash.

After a hot flash it is not unusual to feel completely exhausted and like you have no energy for up to another hour following the hot flash.

Mood Swings: Mood swings are a factor of two things. The fluctuation level of hormones in the body and the lack of sleep and fatigue brought on by hot flashes can cause mood swings. Emotion can range from happy to sad to angry within a very short time frame.

Depression: Depression can lead to intense feelings of sadness, hopelessness and melancholy for prolonged periods of time (at least two weeks). Depression often is experienced during menopause as there are often life changing events that happen at the same time as menopause: children leaving home, retirement, the death of a parent or spouse. Along with fluctuating hormone levels, issues of aging are also often being faced. Never take depression lightly  and if it becomes too intensive or lasts too long, visit a professional to help deal with this.

Weight Gain: It is not unusual for women to gain 10 - 15 pounds during the menopausal years. Hormonal changes typically put weight on the abdomen instead of around your hips and thighs.

Sleeping Problems: The stress of life changing events and the night sweats can easily lead to insomnia and waking up many times during the night.

Loss of memory: Occasional memory loss is often reported during menopause This can be caused by stress and fatigue. 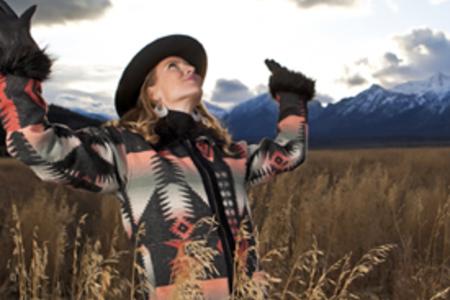 "Open your mind to the unknown and believe in the possibility of anything! Only then will you open the many doors locked within you - all the doors are waiting for you to provide the key!"